It is a brave new world for Networking. With MPLS is in decline and Software Defined Networking based Virtual Private Network on the rise, things are changing fast. Traditional VPNs are being rendered obsolete as SD-WAN VPN solutions take the lead. The network is undergoing a revolution, with features like cloud computing, flexibility, increased speed, efficiency, and more.

The Decline of MPLS VPN

Virtual Private Networks have been essential in creating secure network connections. Organizations and enterprises rely on traditional VPNs. These VPNs are often a mix of MPLS and public IP connections.

Typically enterprises used both MPLS and public internet to fairly balance their specific requirements regarding security, bandwidth needs and cost optimization. As public internet circuits, while being inexpensive, came riddled with security issues. Comparatively, the cost of MPLS was massive compared to the internet. The scarcity of bandwidth, lack of visibility, rigid setups, and weak security all made the WAN setup extremely unmanageable and inconvenient. Which ultimately made the WAN complex, expensive, and less agile.”

Now businesses and enterprises are adapting change and transforming as the need arises. Traditional MPLS Virtual Private Network is now no longer an option. Enterprises are adopting cloud transformation, digitization, and switching to Software Defined Networking. Now internet-driven, cloud-based services are emerging, rendering traditional networks obsolete. Data privacy is being prioritized, and both consumers, businesses, and enterprises are focusing on security and privacy when on the internet.

The Dawn of Software-Defined VPN

Networking is undergoing a revolution. With SDN and Network Functions Virtualization (NFV), modern WANs are created to be smart, driven, and automatic. The dawn of SD-WAN is just the beginning of a transformation that will resolve all enterprise networking issues.

With SD-WAN, VPN service is being used as an overlay, as it allows to deliver connectivity services in a consistent manner across a broad range of different underlay connections like MPLS, public Internet or Ethernet.

The NFV makes Virtual Private Networks faster, more flexible, and efficient by leveraging software over network hardware. Uniform VPN service infrastructure is possible by SD-WANs. The optimized access to public Cloud services and the internet becomes reality. Traditional MPLS-based VPNs are an obstacle to digitization due to its lack of compatibility with the Cloud. And here’s where the SD-WAN steps in and changes the game of Networking.

VPNs are transforming, and the credit goes to new versions of SD-WAN. The latest SDN algorithms allow hassle-free control of operation with increased speed and agility. Creating network groups has also become more accessible due to SDN. Earlier it was complicated and inconvenient to create and maintain a VPN using command-based scripts. Creating VPNs was something that took hours. And now, with SDN, it can be done in seconds with an intent-driven user interface, and fast REST API based transactions.

Modern VPN infrastructures are now dynamic, software-defined, and orchestrated today. Today’s SD-WAN VPNs are not hardware intensive, inexpensive, and simple. Let’s have a look at the features and functionalities of SD-WAN VPNs:

SD-WAN allows specification of topology and network encapsulation mode along with its associated parameters. This helps a VPN figure out different topologies.

SD-WAN has network policies that govern it. These policies are implemented between the physical underlay and virtual overlay of networks. To address bandwidth demands, both MPLS alongside Internet is used in a hybrid WAN ecosystem. This not only improves network performance but its availability as well.

SD-WAN follows a multi-layered security approach. Which can be extended to data centers out to the edge of your network. The VPN connections that are end-to-end across the enterprise can also be managed over Cloud.

Evolution of Networking with SD-WAN

SD-WAN is now on its way to modernize enterprise and consumer networking. With advanced VPNs just being one of the several benefits of Software-Defined Networking. Now advanced SD-WAN VPNs like Cisco Meraki, LavelleNetworks, and more are created to be dynamic, software-defined, and agile. 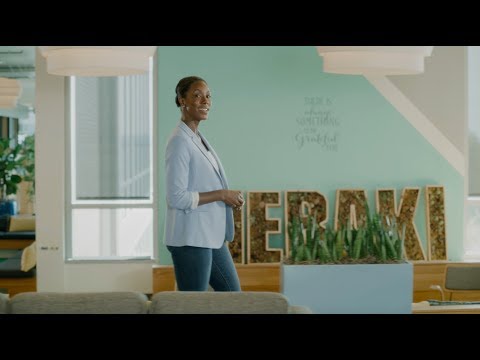 Furthermore, with breakthroughs in networking technology, WANs are now highly affordable and cost-efficient. As SD-WAN is rightfully called the VPN of the future, it will help organizations ensure all networking endpoints, and communications are secure, controlled, and compliant.

Challenges for enterprises with SD-WAN deployment

Why global enterprises should innovate with Managed WAN.

It’s time to bring the enterprise to the remote workforce. Learn more.